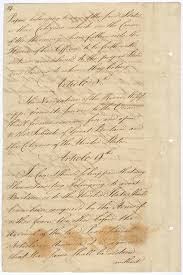 Last week, Mr. Levenson and Ms. Duguid’s sophomore history students were assigned different countries that participated in World War 1. Their goal was to formulate a treaty with their countries best interest.

I asked two students, Ellis Pajcic ‘22 and Jacob Hauser ‘22, what their thoughts were on the event.

Hauser’s country was Russia, and his group wanted land and money in order to agree to a treaty. France and Germany were interested in their treaty in exchange for troops and an alliance. When I asked what his thoughts on the project were, he said, “I think it was a good idea, but it could’ve been organized better in order to give us more time with each country to negotiate.”

Pajcic’s country was France, and his group was asking for Germany to pay less and for Austria/Hungary to pay more of the war debt. They also wanted the League of Nations to meet twice throughout the year, instead of once a year, in order to avoid more conflicts. When I asked what his thoughts were on the project, Pajcic said, “I believe the groups could have put in more time and effort in order to formulate a more accurate treaty instead of asking for unrealistic terms.”

After talking to history students involved in the project, it seems that it was an awesome idea for students to represent their nations and try to formulate treaties, but maybe it should be slightly tweaked in the future to give students more time.