“Preventing” What Shouldn’t Have to Be: Sarah Evergard 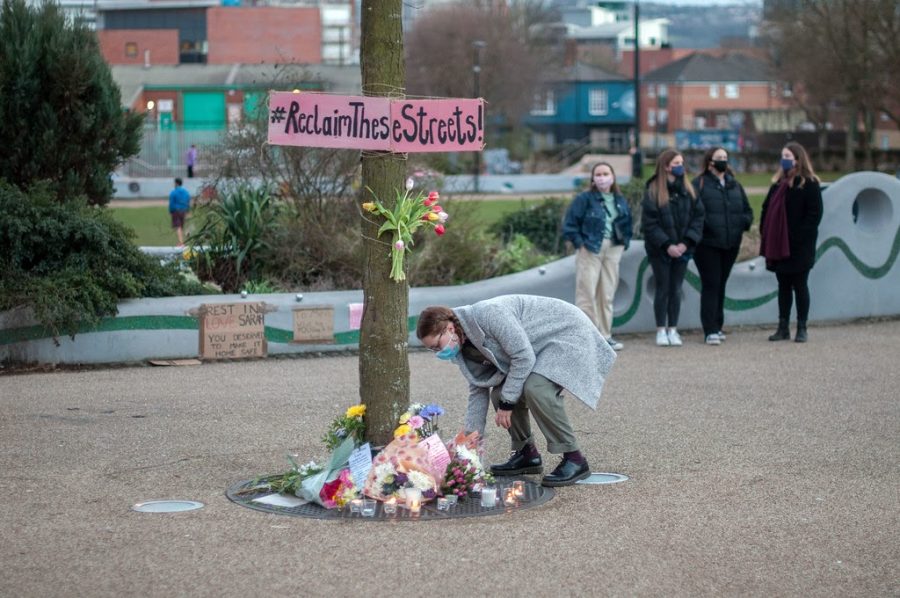 Disclaimer: This article contains content that may not be suitable for younger students.

“It could have been any of us,” a poster at Sarah Everard’s vigil displayed. Her death has re-sparked the flames of a movement for women’s safety all around the world.

On March 3, Sarah was walking home from a friend’s house in London. Many say she did everything women are supposed to do to avoid “something bad” happening to them. However, she still didn’t make it home that night. Her body was found 50 miles away. Wayne Couzens, an elite police officer with a wife and two children, was arrested for her rape and murder.

The movement against sexual assault has taken many forms in recent years: From the exposing of big Hollywood predators, to YouTubers taking advantage of their fame and trends involving people sharing their own stories on social media.

Now, Sarah’s murder and the upcoming court case has combined with other similar high-profile cases. One such case was Christine Engelhardt, who was found dead in her hotel room after being drugged and raped by two men. Another such case involved Evoire Collier and Dorian Taylor during their spring break in Miami. This has led to a consistently difficult to stomach atmosphere for women everywhere.

On top of things, specifically for women in the UK, a study has gone viral and become the center of the discussion around sexual assault. The  “97%” statistic claims “71% of women of all ages in the UK have experienced some form of sexual harassment in a public space. This number rises to 86% among 18-24-year-olds and only 3% of 18-24 year-olds reported having not experienced any of the types of harassment listed,” has furthered to heat the conversation.

Preventative Measures Against Rape from Villageofshorewood.com

Steps You Can Take to Prevent Sexual Assault, from rainn.org